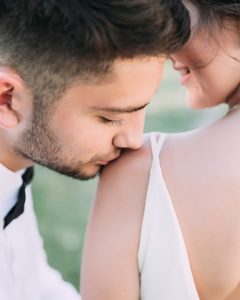 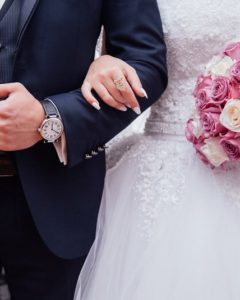 WEDDINGS WILL BE able to return from 29 June, under the latest easing of the Covid-19 restrictions announced by the Taoiseach.

Leo Varadkar confirmed the news amid a series of announcements detailing what can take place under Phase Three of the easing of Covid-19 restrictions.

Under the new rules set to begin on 29 June, mass gatherings of people will be limited to 50 people indoors and 200 people outdoors, until 20 July.

After 20 July, Varadkar confirmed that numbers will rise to 100 people indoors and 500 people outdoors.

It also means that weddings, many cancelled or postponed because of the pandemic, will be allowed to happen again from 29 June and on a larger scale from 20 July.

This evening, Varadkar warned that people will still need to be careful. ”It will not be as it was before,” he said.

“There’s no date set for moving beyond what’s been set out, 100 indoors and 500 outdoors, and we’ve said that all major mass gatherings over 5,000 won’t happen this side of 31 August. But we will review the picture every three weeks as we have up until now,” Varadkar said.

As for weddings that may be planned in the coming months, Varadkar said that there are no limits set yet but that they will not be kept at 100 and 500 on an ongoing basis.All going well this is great for couples around the country.

your event is our priority.

We are here to help you have a successful event

The Whole Hog offers a full range of catering services to suit you; from barbecues to sit down meals, with table service and anything in between, we cater for all your needs.

You can also find us on your favourite social networks.We're social like that.